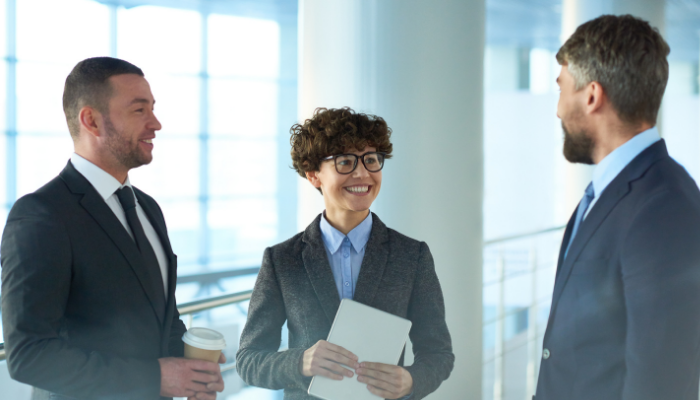 Up against COVID-19 restrictions AND online competition, you need all the help you can get.

You have to sell more and you have to do it faster — not to rush and push customers — you need an approach to match the times;   > less chit chat and rigmarole,  > more getting to the heart of customers' needs.

Scroll down to read the testimonials.

Watch the preview video and see the psychology behind the base concepts.

Sell more, easier, faster is the premium sales course that hundreds of salespeople have taken to lift their value and personal profit in the good times. It's even more applicable in tough 2020.
There are six modules, over 30 actors, a workbook, quizzes, tests, and we cover
> Module 1. Compare your selling style with the ideal
> Module 2. For the final time in your life, learn that selling isn't telling.
> Module 3. Module 3. Get to the heart of the prospect's real interest and wants by asking the right questions.
> Module 4. You think you know about benefit selling but after this course, you will REALLY know it and win the customer's confidence.
> Module 5. Never get bogged down again in persuading a prospect or arguing the point. You'll learn to let them buy.
> Module 6. See how much easier it is to get the sale without pressure and how simple it is to make add-on sales.
Scroll down to read the testimonials. Watch the preview video and see the psychology behind the base concepts.
Begin this course now and immediately get access to all the others 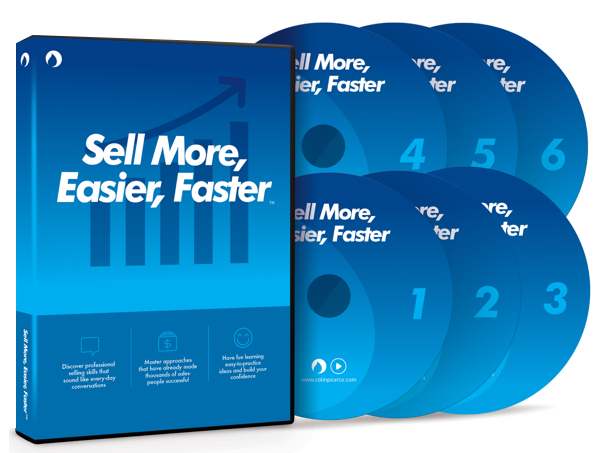 Andrew Perry, National Franchise Manager EFM I was lucky enough to meet Colin Pearce in 2008 and have spent significant time with him over the years. Colin and his training programs are no fuss, are simple to learn and teach. Simply put, Sell more, easier, faster takes the complexities of selling and turns them into an easy to follow science of selling. From business owners, to junior staff members, everyone will benefit from Colin's balance approach to sales. We introduced the program to 20 franchisees and have seen a significant increase in their ability to ask more questions and close more sales.

Elsa, Centro Property Group: Until I was trained in Balancing the Sale I didn’t know there was a system I could follow. I thought it was OK to make it up as I went along.

Sue Beaumont, Training Manager (Ret) Beaumont Tiles. We first used Colin’s sales program back in 1987 and followed its development over 2 decades when we asked Colin to make us our own version. We had one store in 1987 and used this sales training throughout our growth to over 120 stores across Australia today. It’s so practical. Everything is do-able for everyday Aussie salespeople.

Bill Vis, Founder V.I.P. Home Services. We’ve used Colin’s training since 1984 and believe so strongly in his sales training that every new franchisee is given access to Sell more, easier, faster  to make sure they get off to a sound start in their business.

Carl Johnson, General Manager of Retail Business Insurance (NRMA Insurance): We have used this program extensively to great effect. The sales skills it teaches are practical, so much so that it helped salespeople to sell more across multiple companies in our group (SGIO, SGIC & MOTOR TRADES DIRECT)

Raffy De La Rosa: CEO, Chow King Franchise Philippines. We had Colin speak to two groups of our managers and on the second day we had to tell him not to teach his ice cream selling technique because the stores had already run out of ice cream by mid morning. It was hilarious.”

Bob Jane T-Marts (SA). We had never sold more than 28 wheels in a month. Doing what Colin taught us, all our stores increased wheel sales dramatically and many of our stores sold over 100 wheels in the first month in their own right.

Hanna, a Muffin Break barrister: Colin taught me to sell more coffee. I would normally sell 5 mugs on a Saturday but on the first day after he taught me what to do I sold 95!!

Michael Sherlock, Brumby’s: Colin worked with us for 8 years and everyone who did what he told them about add-on selling made a killing. One of our bakeries made $100,000 extra profit in just one year by following Colin's rules.

Wal Beattie MD, Ask HR, Victoria, speaking of his time as HR Manager at Pak Poy and Kneebone:  After just one day with this program our engineers moved from being consultants to fully fledged salespeople and we became the most successful engineering firm in Australia.

ENROL NOW. YOU'RE READY FOR THIS.
We suggest moving this party over to a full size window.
You'll enjoy it way more.
Close
Go Fullscreen